Skip to content
Proudly serving the business community of the Warwick Valley and its surrounding areas.
Connect with us:
FacebookInstagram 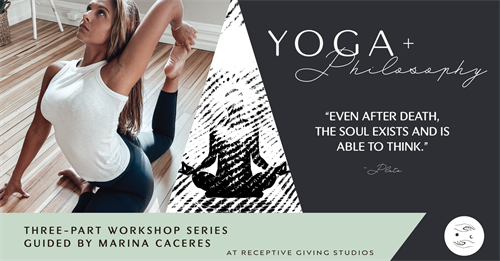 Event Description:
Plato's theory of the soul considered the psyche to be the essence of a person, being that which decides how people behave. He considered this essence to be an incorporeal, eternal occupant of our being. Plato said that even after death, the soul exists and is able to think.
Join Marina Caceres for a three-part workshop series, this fall season, at Receptive Giving Studios in Warwick, NY. This series will be focused, theoretically, on Plato's 'Tripartite Theory of the Soul', and physically, through the asana practice of yoga.
The series will begin on Sunday September 26th from 12-2pm, followed by two sequential dates, Sunday October 24th from 12-2pm and Sunday November 21st from 12-2pm. Each class will be divided as follows: 1 hour of Vinyasa Yoga (12-1pm) followed by savasana and a 1 hour deep dive into the ancient philosophy of Plato's 'Tripartite Theory of the Soul' (1-2pm). We will contrast Plato's theory to our own modern-day events and experiences, and bear witness to the relevancy and application of his theory, 2000 years later.
The objective goal for this series is aimed to acknowledge the vastness of our human minds, bodies, and emotions. In recognizing our humanness, we then explore and possibly identify what it means to find our "rational mean" or function in “walking the middle path” of life.
Marina holds her bachelor’s degree from St. Thomas Aquinas College where she majored in Pre-law/Philosophy and minored in Religion. Marina has been actively teaching yoga in the Hudson Valley for 9 years. She has learned to fluidly integrate culture, philosophy, and art, by means of poetry and music, into all of her classes to create an experience for all who join, to limitlessly explore their own being.
Drop-In Rate: $40
3 Class Series: $100 ($33 Per Class) Pre-registration required*
**Space Limited; Sign-up Today!
Event Media: 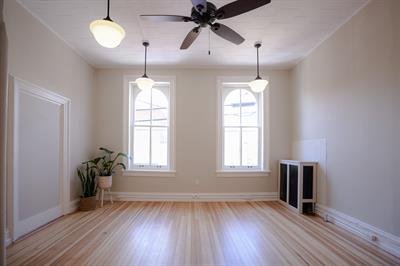 The studio is located on Main Street above Frazzleberries. The main entrance is to the right of Frazzleberries with access via a one flight walk-up. Studio entrance will be on your left at the top of the stairs, next to the restrooms. Yoga props and mats are available.